How to estimate carbon dioxide with satellite data (using GeoAP) 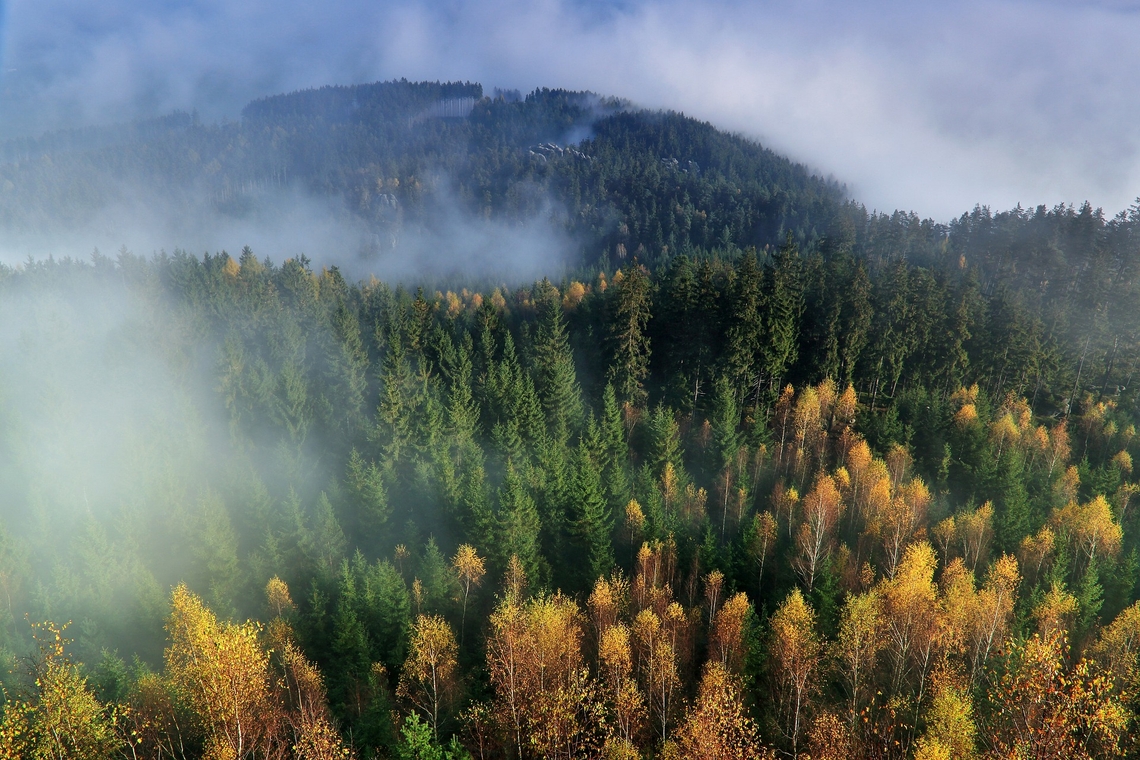 Over the years, human activities have continued affecting the Earth’s climate with greenhouse gases far greater than the planet can bear, creating ample gas storage in the atmosphere and driving climate changes. For instance, this Christmas holidays Europe experienced significant warming of about 20 °C across the entire continent. What do you think – how far is the red line?

Nowadays, carbon dioxide is the largest greenhouse gas responsible for climate change, accounting for around three-quarters (74.4%) of total emissions. In this article, we will discover the nature of carbon dioxide, approaches to estimate it, and consider methods to offset the emissions, highlighting their pros and cons.

Where do the carbon emissions go from?

There are two completely different sources of carbon dioxide – natural and man-made. Since the industrial revolution started, the carbon dioxide concentration in the atmosphere has risen to 48%, mainly because of human activities, such as transportation, manufacturing, construction, mining, agriculture, and burning fossil fuels.

Aside from human-induced sources, large quantities of carbon dioxide also enter the atmosphere due to natural processes. Various water bodies, soils, plants, animals, and other environmental objects are the natural sources emitting CO2.

Fortunately, the Earth has a natural carbon sink – forests. But due to deforestation activities, forests are often in danger, and that’s our next subject for a review.

Deforestation as a threat of an increase in carbon dioxide

According to World Bank estimates, forests cover nearly 30% of the Earth and are considered the lungs of the planet, absorbing more than a quarter of the world’s carbon emissions yearly. Unfortunately, the forest area is decreasing each year.

In many regions, forests have been cleared or burned for conversion to farmland and pasture, releasing enormous amounts of greenhouse gases, increasing carbon dioxide levels. Moreover, forests are constantly at risk associated with illegal deforestation, which, depending on the region, is 20 to 90 (!!!) percent.

Deforestation is the tip of the iceberg that reveals the major ecological problem – climate change from enormous carbon dioxide emissions. As deforestation reduces the number of trees, it also reduces the extent to which Earth’s forests can eliminate carbon dioxide. This leads to significant changes in how carbon is stored in the soil. Once the forest is logged, soil disturbance prevents carbon retention, causing soil erosion, nutrient leaching, and reducing the area’s ability to be a carbon sink.

Speaking about natural disasters, climate change, and contribution to global hunger, deforestation is one of the main concerns. The solution is so-called carbon credits.

If you’re curious about how the carbon credits market and how technologies improve it, read our previous article.

Satellite technologies can open up a new frontier for accurate and scalable carbon estimates, allowing policymakers to make better carbon crediting and forest conservation decisions. Thanks to the vast amount of public satellite data, we can combine it with artificial intelligence to build a powerful tool to spot what the human eye can’t catch and mitigate the cost and the spatial limitations of traditional, field-based techniques.

Remote sensing allows us to conduct near real-time geographically expansive estimates of surface data for different purposes, including estimating carbon dioxide levels. In such a manner, it greatly improves carbon quantification by making it faster and covering far larger areas at once.

To map forest carbon stocks, forest areas must be visualized with carbon density values. Traditional methods of mapping carbon are inefficient because they are limited to small areas. In turn, remote sensing applications are the proper solution for the task, as satellite-based mapping covers large areas and improves the carbon stock estimates for a fair and equal carbon exchange.

Regardless of resolution, satellite imagery from optical sensors does not measure forest carbon directly. A carbon stock monitoring approach is directly linked with biomass dynamics. Therefore, we found a way to measure forests’ biomass with our state-of-the-art ML model-compatible Geo Analytics Platform. Using our model, you can precisely calculate the carbon stock level from the forest biomass and some additional metrics. This approach currently is one of the most efficient solutions on the market. How did we achieve that? – We’ll share in the next R&D article; make sure you wouldn’t miss that!