How blockchain technology (can) contribute to carbon neutrality 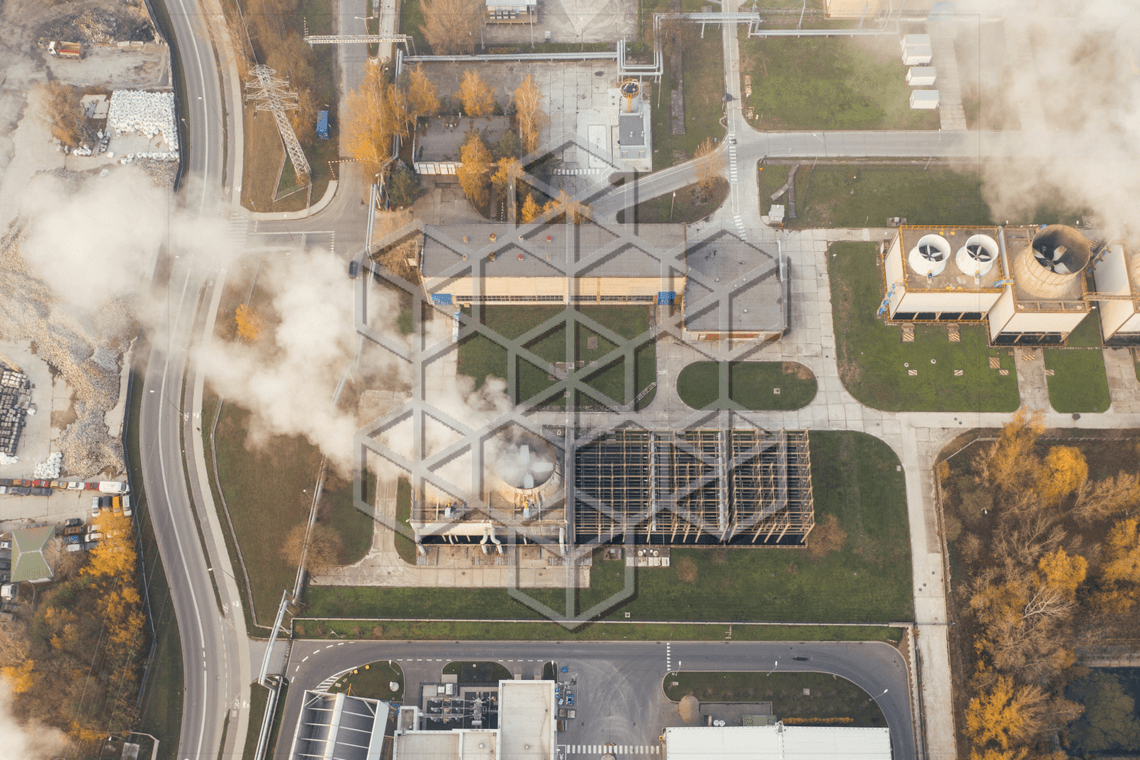 During the last few years, the pursuit of crypto has become a massive phenomenon. The global blockchain market size was estimated to be roughly $4.8 billion in 2021 and is expected to increase to $69 billion by 2030. Sounds fantastic for a technology no one truly believed, right?

People got comfortable investing in cryptocurrencies and earning crypto-assets. But there’s a price for comfort that may significantly grow in the future.

How is blockchain related to the carbon footprint?

For years, people have expressed concerns about the environmental cost of blockchains. Cryptocurrencies have often been accused of consuming vast energy amounts, being an absolute climate disaster.

Some crypto-assets, such as Bitcoin, annually bear a massive carbon footprint estimated in energy consumption compared to a mid-size country like Argentina or the United Arab Emirates. One Bitcoin transaction would generate the CO2 equivalent to 706 765 swipes of a Visa credit card. Considering the need to mine the most known cryptocurrencies, this isn’t only about Bitcoin.

Blockchain mining is often driven by the Proof-of-Work (PoW) consensus mechanism, which means decentralized validating new transactions via performing some math calculations, adding them to the blockchain, and gaining a reward. Since enormous energy resources support this process, the environmental effects are worsening with the rapidly increasing number of crypto users.

In response, the crypto industry has to change course, heading toward carbon neutrality by adopting green blockchain strategies. Fortunately, this sector is under constant improvement and development due to the increasing number of green blockchain solutions.

A step towards carbon neutrality

When the power usage issue is recognized, the main question is how the crypto industry can contribute to carbon neutrality, or mainly carbon-neutral blockchain initiative. There are several alternatives to mining-dependent systems, although they are not yet widely adopted.

As the PoW, the Proof-of-Stake (PoS) protocol also has the main task of ensuring trust in a blockchain network. But, there is one significant difference — Proof-of-Stake requires far less work to validate a transaction since it doesn’t solve any mathematical problem, unlike Proof-of-Work, thus consuming less energy. It looks like the PoS consensus mechanism might be the future of a green blockchain.

Ethereum, one of the most popular world cryptocurrencies, decided to transform its ecosystem. Recently, it switched the way of gaining tokens to a more sustainable one — PoS, and besides achieving better energy efficiency, Ethereum is also becoming a more decentralized and scalable solution.

A mechanism that demands you to burn a few tokens to get the right to mine the next block, so you need to spend some money to receive a possibility for mining.

A system that uses free storage space on a hard drive for validation. This way, the more storage you have, the more solutions you can store and reuse.

Another consensus mechanism that prevents high resource utilization and energy consumption by using a lottery to decide who will update the blockchain, so it’s pretty random.

For instance, let’s say one ton of carbon emissions is one carbon offset that costs $100. When you buy ten carbon credits from a company supporting a forestation project, you thereby invest in reforestation to offset your emissions.

The carbon market includes two different markets depending on the end user: compliance and voluntary. The first one is used by government signatories and their large corporation emitters. Usually, these companies receive carbon credits to offset their emissions to a certain point. The company will have to pay a fine if its emissions are higher. However, if the company emits less carbon than it is entitled to, it can resale these carbon credits to another company and earn some money instead.

In contrast, voluntary markets are not explicitly defined. Companies, individuals, or private entities are free to choose whether to purchase carbon offsets or not and to which project these credits may be tied — a solar/wind energy farm or a forestation initiative.

There is an issue with the voluntary carbon market — it lacks transparency and quality control, deterring potential participants.

Blockchain technology, at this point, is ideal for solving the issue of transparency and the availability of the voluntary market for everyone. The role of blockchain in the carbon credit market is quite simple yet effective.

With blockchain, we can create a system to collect carbon dioxide measurement data on the ground and store it permanently in the blockchain with further validation. The collected data will be converted into carbon offsets while maintaining transparency and security. Basically, this approach turns carbon emissions into verified blockchain carbon credit tokens that can be exchanged to offset the carbon dioxide footprint.

One way to measure carbon footprint is to use IoT technology with remote sensing. Quantum’s Geo Analytics platform is just the right tool for that. The platform has all the required features for estimating forest carbon dioxide emissions out of the box.

We definitely will share how we detect carbon dioxide emissions with our GeoAP, so be sure not to miss this topic!

As for today, we whack up our experience with the first fully carbon-neutral blockchain network, Algorand.

Vigee.Art, the world’s first NFT network based on Solidarity and Community

We are currently collaborating with Vigee.Art team on a green blockchain technology project with a sustainable mission.

Vigee.Art is the world’s first NFT community with a primary focus on supporting the artists’ community by all means through the lowest fees, various bonuses, charity auctions, and supporting cultural initiatives with the ability to receive Solidarity Funding from the Network.

Choosing Algorand as a basis of the Network was essential due to the fact that it matches a bunch of our technical requirements, such as low fees and transaction costs, secure and fast protocols, and reduced energy consumption required to build a block. Being a niche leader due to its efficiency and environment-friendly approach and a partner of the Climate Trade organization, Algorand grows its customer audience by offering innovative services and leveraging carbon offsetting capabilities.

As a bonus, Algorand allowed us to build a versatile product architecture base we can reuse in many other projects, so consider this technology for your project. Still hesitating if it will suit your business task? Write to us and get competent advice.